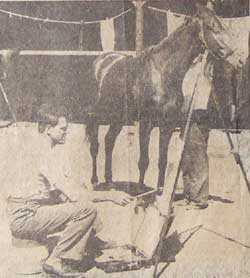 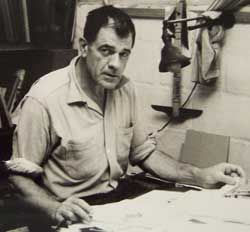 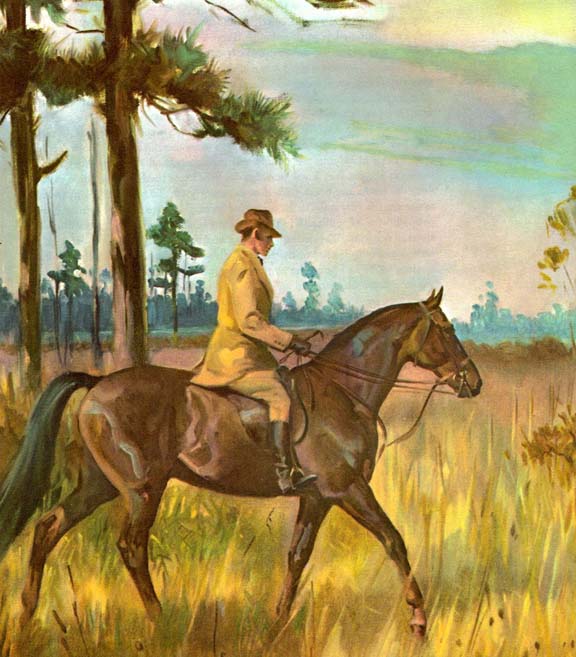 The above painting is one of the earliest and widely-viewed paintings of a Tennessee Walking Horse.  It appeared in 1951 as part the well-known book "Album of Horses" by famous equine writer Marguerite Henry.  The artist was the late Wesley Dennis, who illustrated many of Henry's books.  The painting harkens back to the early roots of the Walking Horse, which was first used by Southern plantation owners to survey their crops.  Here's an excerpt from Henry's book:
"For a hundred years or more the Tennessee walking Horse has been unique in his action and in his services. In early days, when plantations sprawled out to meet sky lines, owners wanted a mount that could easily go forty or fifty miles, day after day. They wanted one with comfortable gaits, with a springiness that would take the jolts for the rider. So, first and foremost, the Walking Horse was a plantation horse; in fact, today he often is called the Plantation Walker.
Circuit riders used the Walking horse, too. They were the traveling preachers who rode from one little white-spired church to another. Of worldly goods they had none. Their black suits were shiny and threadbare, and sometimes they had no homes at all. But they knew horseflesh as they knew the Bible, and their mounts were the fastest and truest walkers in the countryside.  They had to be! Fifty miles to one church, fifty miles to the next. And between the two the road no more than a cowpath---full of gullies and "thank-you ma'ams" and winding creeks that were rivers in flood time. The circuit horse was a smart one, timing himself to arrive at the little community just when the church bells were pealing. Then he dozed during services, for he had heard the sermon many times before. The preacher, as he rode, would practice his text loud and long. And whether the sermon was hellfire and damnation or green pastures and still waters, always his horse nodded and nodded in approval.
The country doctor, too, rode forth on a Walking Horse, his saddlebag bulging with blue pills and pink pills and bottles and bandages. On dark nights, on muddy roads, through driving rains or gales of wind---he made his calls. In the sickroom ears listened for the familiar running gait, and at the first sound of the one-two, three-four beat, pain and fear began to lift."
For more info on Wesley Dennis and to view more of his art, click on the link below:
http://wesleydennis.com/index.html
Posted by smitty at 12:51 PM No comments:

Walking Horse Lover Reflects The Past 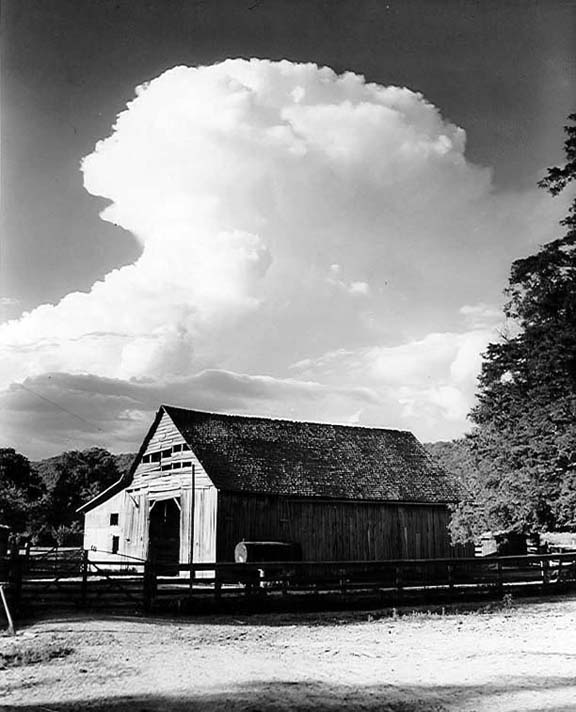 Walking Horse Lover Reflects the Past;
Suggests Tour for Celebration Visitors
By Mr. Joe Money
(The following article was prepared by Mr. Joe Money, a friend of the VOICE, who was born and raised in the middle of Walking Horse country, Wartrace, Tennessee. In recalling the past, he has brought to mind some of the people and places that originated this great breed. He has suggested a tour in and around the countryside near Manchester and Wartrace that should prove interesting to many Celebration visitors)
In the fall of 1928, at the age of six, I saw the first horse show that I remember anything about.  My family has just moved to Wartrace, Tennessee where my father had accepted a teaching job. This horse show was a far cry from the elaborate productions we see today. There was no organist.  There were no ribbons girls in colorful, flowing formals. There was no public address system, no rail, no flood lights, no stands, no boots and no pads. There was not even a ring in which the horses could work out.


Those of  you who are familiar with Wartrace will recall the town well in the center of the business section, which in 1928 was quite an attractive place. There was a two lane pavement immediately in front of the stores and the rest of the wide area between the stores and the railroad had a gravel surface. It was here that the horse show was held. Ropes were strung up from each corner of the south side of the well house enclosing an area about 50 feet wide and about 200 feet long in which the horses were exhibited.


I do not remember being able to identify a judge but I vividly recall that each horse was ridden by two or three different riders during his exhibition. (I have later learned that the judges used to take turns at riding the entries to decide upon a winner) From this show I can recall such exhibitors as Mr. Albert Dement, Mr. J.R. Brantley, Mr. Lynn Davis, Mr. Henry Davis and Mr. Authur Hayle. I remember the awed expressions and murmurs of admiration from the crowd as Mr. Dement demonstrated the smoothness of the gait by riding a horse (perhaps MERRY LEGS) while balancing a glass of water in his hand. This was the climactic feat of the first horse show that I can remember seeing.


My next vivid recollection of Walking Horse Activity was the old Wartrace livery stable behind the school. (I used to sneak off from school to watch the horses work) This stable had been converted into a raining barn with such men as Henry Davis, Floyd Caruthers and Bob Murchinson working horses. Among the horses I saw worked here were STROLLING JIM before he won the championship and a mare called MADAM QUEEN that I thought was the prettiest I had ever seen. At this time the stable was experimenting with tail sets and false tails and braces. I don't know who perfected them and when but I do know that many modifications and innovations in horse showing were worked out here at this barn.


My first personal contact with walking horses was in the middle and late thirties when I used to ride mares from Mr. Aubrey Lee's farm in the Fairfield Community (along with his grandsons, Aubrey, John and Robert Troxler) up Noah's Fork road to Mr. Lee McMichael's farm where the mares would be bred to MERRY BOY and then we would ride them back home. Even today I experience no greater nostalgic pleasure than from my reflections on this period of my life and my reason for writing this article was to suggest a drive for Celebration visitors. Many people, I feel, are just curious enough and have sentimentality enough to enjoy seeing the farms on which some of the great foundation horses were foaled and the barns in which they were stalled.  After all, these founders of the breed are in your horse's pedigrees.


The drive I am suggesting begins at Stepp's Store at Noah about ten miles from Manchester at the foot of the Highland Rim of Tennessee and on the very edge of the State's Central bluegrass basin. Turn west at Stepp's Store and it is just a matter of 300 to 400 yards to the J.R. Brantley farm and the home of BLACK ALLEN, the number one foundation horse. this was also the home of the great ROAN ALLEN F-38.


Just a couple hundred yards further down the road is the old plantation home of General Frank "Give em hell" Cheatham of Civil War fame. A gravel road turns left at the house and follows up the creek. Take it.  In less than a mile the road takes a sharp turn to the left around a big and old farm house. This was the farm of the late Mr. Jim Black, the owner of ALICE F-85, the dam of HUNTER'S ALLEN F-10. HUNTER'S ALLEN was foaled here. Here also was the home of ELLA BLACK, that foaled ELLA II, the dam of HALL ALLEN, SAM ALLEN and PEARLE. PEARLE was the dam of three stallions (full brothers sired by MERRY BOY): WHITE MERRY BOY JR., REYNOLD'S PRIDE and MERRY MAKER, all great breeding stallions.


It is not much more than a mile and over an archaic arched stone bridge or tow (the road is much the same as it was thirty years ago when I rode it, or even fifty years ago, I'm told---when these illustrious horses traveled it) to the home of MERRY BOY. It's just across the creek to the right of the road---an old barn near the creek. It was here as a boy, that I used to ride mares from Fairfield to be bred to the famous sire.


Before your speedometer turns two more notches you will be approaching what was then known as the Ed Nolin farm. It extends for almost a mile on both sides of the road with numerous barns and a fine big house. Remember the name of the number 8 foundation horse?  ED NOLIN.


Ere you leave this farm you have a decision to make for the road forks. You can turn right for one mile to Fairfield then left to Wartrace or you can continue straight over  the Kellertown road to Wartrace where MERRY GO BOY was foaled and the adjoining farm where Winston Wiser rode his first horse as a boy.  If you choose this route,  it's a mile from Archie Wiser's  to the farm belonging to Mrs. Fannie Bramblett in the 30's where BLACK ANGEL, the 1943 Grand Champion was foaled. This farm now belongs to Mr. Garland Wright whose niece, Betty Sain, rode SHAKER'S SHOCKER to the World's Grand Championship in 1966.


If you are sentimental about your horses to the point that you enjoy probing into their ancestral background, you will enjoy this trip. At any rate, during the time it has taken me to write this, I have been whisked away by nostalgia. Thirty years have disappeared and a boy of fifteen rides down a winding dirt road---on a Tennessee Walking Horse.
Posted by smitty at 7:18 PM No comments: