July Photo of the Month 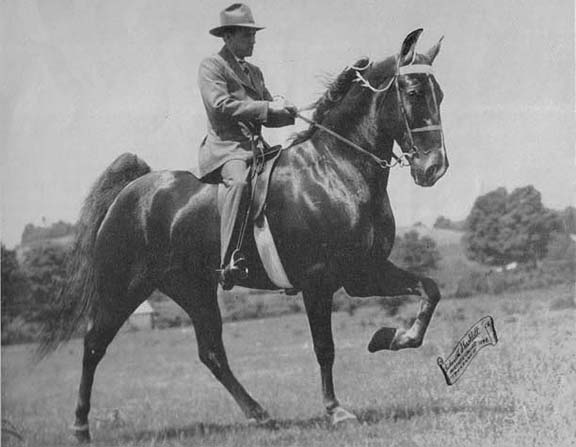 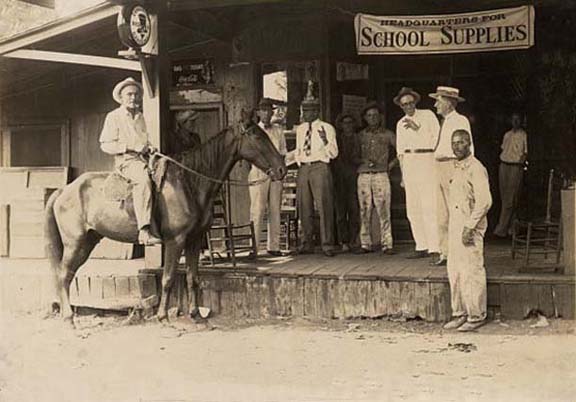 by Cap'n Flagg
Skyrocketing to fame and fortune in just a few years, the Tennessee Walking Horse in this issue of The National Horseman, enjoys the spotlight again, and rightly so. As you turn the pages to admire the pictures and read the stories of what in many ways is a Cinderella horse, it is interesting to recall that only seven years ago a photographer from Life magazine turned up in Shelbyville, Tennessee. Tom Tune of that city, well-known horseman and trainer, rigged up a tractor and drove it behind a Tennessee Walking Horse while the photographer shot pictures of over-reaching hoofprints on the damp ground. Eventually pictures of these hoofprints with others appeared as a double spread in Life.
I read that story and two weeks later stopped at Murfreesboro, Tennessee, where Dick Womack, horse and mule dealer, had a big barn full of Walking Horses. I rode several and was offered a beautiful pair of matched blacks for $600. I don't know what those horses would sell for today, but a good Tennessee Walker runs into five figures, and they are hard to find.
It was only a year or two before the Life story appeared that local horsemen at Flat Creek, just a few miles out of Shelbyville, one Saturday afternoon roped off a wide place in the road and staged a horse show. A horse by the name of Dan won a prize which could have been a sack of flour or a can of coffee. Cash prizes were not common. Dan's owner sold the horse to the late Col. Haynes of Haynes Haven Stock Farms, Spring Hill, for something like $375. It might have been a little more or less. When the deal was made the owner said to Col. Haynes, "You are paying too much for old Dan." The colonel changed Dan's name to Haynes Peacock. He became world's champion twice and earned the colonel large prizes.
Today, Walking Horse champions, when they can be bought, run into real money, three, four, five or even more, thousand dollars. This increase has occurred in a very few years. Probably no breed of horse has ever had as much publicity as the Walking Horse has had in the past six years. I've often thought that the breeders of Tennessee Walking Horses should be eternally grateful for that first big break they got in a national magazine of general and news circulation. Whoever said that "one good picture is worth more than a thousand words," certainly spoke the truth.
Driving south from Shelbyville and through the heart of the Tennessee Walking Horse country, you frequently pass pretty little crossroads churches with wide front porches. I did not know until recently why those churches should have been built with verandas such as you see on some Tennessee farm houses. George Walker, horseman and trainer and formerly of Wartrace, Tennessee, explained them to me. "In the old days everyone from grandma and grandpa on down to the kids rode a horse to church. After service the women and children would sit comfortably on the porch while the menfolks would stage a little horse show in front of the grandstand. Yes, they'd even swap horses and make deals and it wasn't considered wrong or bad. Frequently the preacher would be the judge. You see, in Tennessee for a hundred years or more our horses have been almost a religion with us."
Today Tennessee Walking Horses are still a religion, but they are also a big business. How big no one can say. There's one thing I can personally say for the Tennessee Walking Horse and I have ridden western stock, gaited horses and occasionally, jumpers. The Walking Horse is a safe, easy, rocking chair ride. Most of the horses have fine temperaments and many can still be worked on farm wagons, plows and hayricks as they did back in plantation days.
Posted by smitty at 6:41 PM No comments: