This footage from 1964 shows President Lyndon Baines Johnson and Vice President Hubert Humphrey celebrating their 1964 election victory with a "press barbecue" at the LBJ Ranch. Johnson and Vice President elect Humphrey are mounted on horses for a photo opportunity.  Johnson is riding his own Tennessee Walking Horse named "Lady B." after his wife.  The mare was a gift from his friend, Tennessee Governor Buford Ellington. Johnson and Humphrey are joined by Lady Bird, Muriel Humphrey, and John and Nellie Connally at the Ranch and are seated in a cart talking to press. Because of rainy weather, the barbecue was held in the ranch's plane hangar, which was decorated to look like a barn. Journalist Dan Rather is shown in the crowd of reporters. 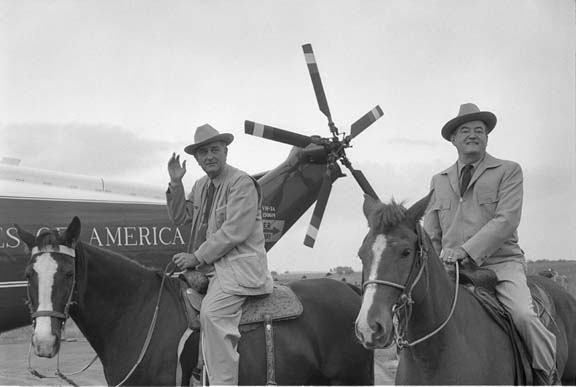 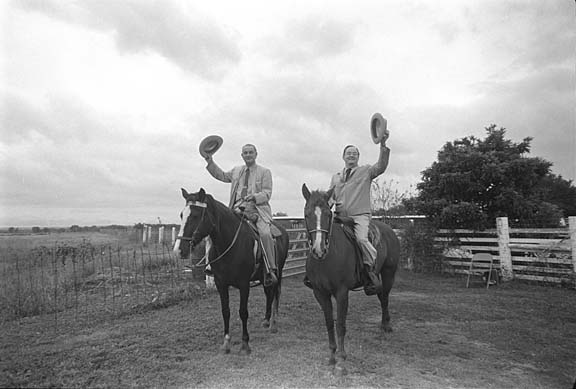 Posted by smitty at 8:34 PM No comments: